The Preemptive Strike: Why It May Help You To Stage A Counter-Attack In Divorce Court

There is nothing more agitating than having an ex-spouse who constantly threatens to take you to court over ridiculous and minor things. Clearly, your ex thinks that the courtroom is a place where he/she can get whatever he/she wants by taking you there and arguing for it. However, a divorce attorney, like those at the Law Office of Bradley S. Sandler, might recommend an unusual approach the next time your ex threatens to take you to court. A preemptive counterattack can work in your favor. Here is what this is, what it looks like, and why it sometimes works in divorce cases that have already been settled.

So, when you have an ex that constantly drags you into court for everything, it tends to make you look bad. It makes you look guilty of what he/she accuses you of, or makes you appear to be hiding something, even though you are not. Sadly, these instances often go in favor of the person who initiates the complaint, regardless of the excellent efforts of your lawyer to dissuade the judge.

However, a preemptive counterattack is a move whereby you and/or your lawyer files a motion to have the situation heard by the judge. Now YOU are the person bringing a complaint against the repeat accuser. Your lawyer can explain that your ex has frequently filed complaints against you and has frequently threatened to file new complaints. As his/her client, you are tired of appearing in court for all kinds of ridiculous things, and you just want things to stop/be settled for good. Then your lawyer presents what you want or expect in return at this hearing.

When you and your ex have been officially divorced for several years, and he/she has constantly dragged you back into court, the judge gets tired of having to resolve these quarrels as much as you do. When you and your lawyer decide to stop ongoing threats from your ex by appearing in court and relaying the fact that you are constantly being threatened by your ex with yet another court appearance, the judge has an "Ah-ha!" moment. The judge realizes that you were stuck appearing in previous hearings because of the pettiness of the other, former partner.

Why This May Work in Your Favor

Once the judge knows and understands that your ex likes to use court to manipulate you and get what he/she wants, the judge stops the cycle. Judges generally do not like former couples returning to the courtroom again and again for petty things, but a judge cannot see who is the truly petty one. When you finally stiffen up and your lawyer files the preemptive counterattack hearing/motion, the judge figures it out. Then it is up to the judge to stop the petty actions of your ex once and for all, which typically comes in the form of a win for you, and a loss for him/her. 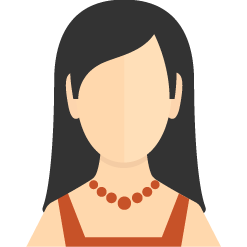